Return of the REITs 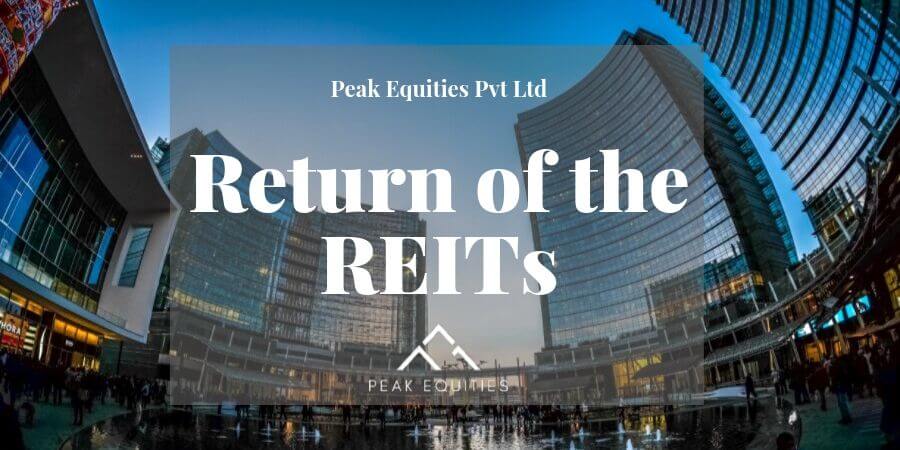 Yield-hungry investors have driven a surge in market values for Australia’s listed property sector, which has raked in record amounts of capital.

With interest rates seen falling further, the A-REITs could be set for further gains barring an economic downturn, analysts say.

Investors have voted with their wallets, tipping in more than $4 billion into the sector so far this year in capital raisings, the most since 2010.

Among those companies to rattle the tin, Dexus (ASX:DXS) raised $964 million, GPT Group (ASX:GPT) $800 million and Mirvac Group (ASX:MGR) $750 million, with investors favouring office and industrial property at the expense of retail.

Unlisted trusts and syndicates have also benefitted, with investors attracted by high yields of up to 8 per cent.

A recent bond offered by GPT for its Wholesale Office Fund was four times oversubscribed, raising some $200 million with a yield of just over 2.5 per cent, according to the Australian Financial Review.

Meanwhile, more REITs are hitting the bourse as the initial public offering market heats up.

Recent listings include the Investec Australia Property Fund (ASX:IAP), which closed its offer early after raising more than $100 million, along with serviced office provider Victory Offices (ASX:VOL), which raised $30 million for its IPO.

As at 15 July, both stocks were trading in positive territory, up 8.9 per cent and 5 per cent, respectively on their IPO prices.

More IPOs are expected, including retail centre owner Home Consortium, which is eyeing a $1 billion sharemarket listing potentially for September, according to media reports.

A-REIT bulls point to the potential for further rate reductions by the RBA. JP Morgan argues that valuations could rise by another 15 to 30 per cent should return expectations “normalise” at lower bond yields and risk premiums revert to their long-term average.

Overall though, JP Morgan concluded that A-REITs were trading above their valuations, limiting the potential upside.

“I suspect this is due to the precipitous fall in the 10-year bond yield, which is at historic lows, notwithstanding the share price gains from falling interest rates that are probably already priced in,” he says.

How to spot the right REIT

Asked what investors should look for in REITs, Gunasekera points to such factors as the location of the properties and their weighted average lease expiry, with blue-chip tenants on long rental terms favoured.

“Look at the type of REIT too. Office REITs are benefitting from cap rates compressing and with supply-demand still in their favour, while logistics is benefitting from online sales,” he says.

“One sector we are particularly favourable towards is storage REITs. In the short term, there are headwinds from house price declines, but there are favourable long-term factors such as population growth and urbanisation; and relative to the US we are a much lower per capita user of storage facilities”.

Retail REITs have come under pressure, however, amid concerns over the challenge from e-commerce and weak consumer spending. Citi analysts have also estimated an $11 billion glut of assets could hit the market in the year ahead, driving down property values.

For Australian investors, exposure to the REIT sector could come from direct equities or via exchange-traded funds (ETFs). Among them, Morningstar has awarded a “gold” rating to the Vanguard Australian Property Securities Index ETF (ASX:VAP), a passive fund that tracks the S&P/ASX300 A-REIT index, while the bronze-rated SPDR Dow Jones Global Real Estate Fund (ASX:DJRE) offers low-cost exposure to global listed property.

Will the good times continue for REITs in fiscal 2020?

Gunasekera says for A-REITs, it depends on RBA policy and the reasons for any further interest rate cuts.

“If the RBA is reducing rates because of a major economic downturn, that would be detrimental as financial markets might freeze up, restricting funding for REITs and constraining cash flows. But if it’s just an insurance-type cut to boost the labour market, then REITs will probably continue to do well,” he says.